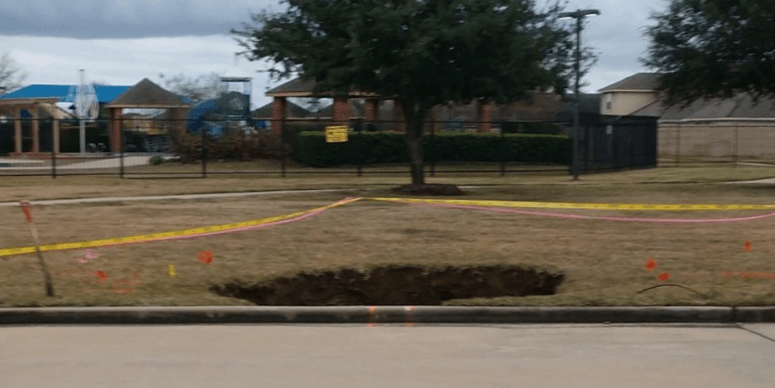 Failure of sanitary sewer pipes near a manhole on Canyon Fields Drive caused this sinkhole to develop in late January. District staff and contractors responded quickly to prevent any injuries or environmental impact to the community.

Residents of Fort Bend County MUD 142 may have noticed repair work happening over the last couple months in the 26100 block of Canyon Fields Drive. A sanitary sewer line broke beneath a manhole in the area and caused a sinkhole to appear in late January. A fast response on the part of the District and Environmental Development Partners (EDP), the District’s services operator, prevented costly environmental and safety issues. 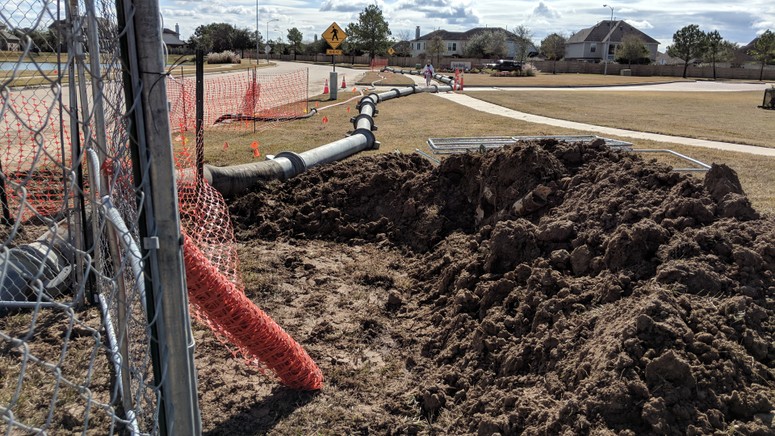 A bypass line was installed to ensure residents saw no interruption in sewer services while repairs to the manhole and sewer line were completed.

While no one was injured and no service outages occurred, FBCMUD 142 and EDP took quick action to prevent the problem from becoming worse and to initiate repairs to the sewer system. The sinkhole was reported the morning of Jan. 26 and EDP crews were on hand to ensure public safety and begin repairs by 2 p.m. that day, EDP President Mike Ammel said. The repair took about 20 days and was completed in mid-February. 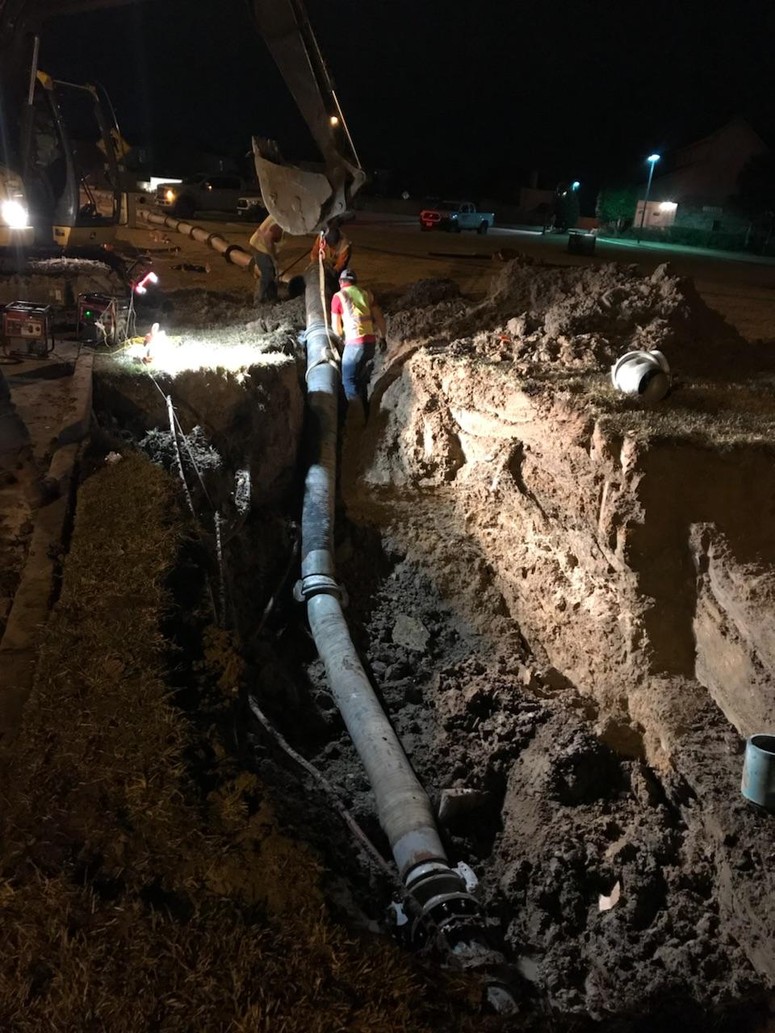 Crews dug about 20 feet down to get to the broken line and verify that all damaged piping was repaired properly.

While the repair was expensive, the District was able to pay for it using reserve funds. Additionally, the fast response by EDP prevented costly environmental impacts saving both the district and its residents money. 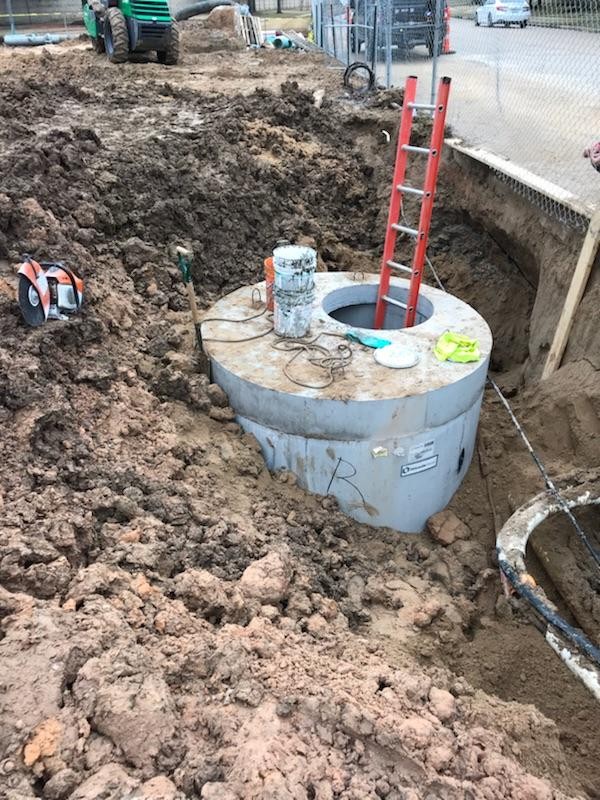 Once the sewer line repairs were done, the manhole was replaced with an updated, safer model than was previously present in order to prevent future problems for the District and its residents.

The sinkhole was caused by aging infrastructure failing. New hardware is being installed, including a manhole, new pipes and appropriate liners to prevent future issues at the site. EDP and the District are currently working together to complete the repairs and examine hardware within FBCMUD 142’s boundaries as a proactive measure to prevent any future issues. District officials will be examining the District’s remaining manholes.