As many residents already know, the Board of Directors (the "Board") of Fort Bend County Municipal Utility District No. 142 (the "District") has called a bond authorization election for May 4th, 2019. As part of the ongoing conversation surrounding the election and the Board's goals for the future of the District, we have put together some answers to frequently asked questions regarding the District and the election.

What is the District?

The District is responsible for providing water, sanitary sewer, and drainage infrastructure, as well as park and recreational facilities, to approximately 13,000 residents in over 3,200 homes within the approximately 1,245 acres of the District, including over 25 acres of commercial property. The District is a Municipal Utility District and political subdivision of the State of Texas created on July 25, 2003, by the Texas Commission on Environmental Quality.

What is the election?

The District is requesting authorization from the voters of the District to issue bonds in several increments over time, as needed, to fund the construction of a permanent wastewater treatment plant and the required maintenance of all District water, sanitary sewer, and drainage infrastructure over the next 30 years.

Proposition A – The issuance of up to $79,500,000 of water, sanitary sewer, and drainage facilities bonds.

The District is also requesting authorization from the voters of the District to issue bonds to fund the construction of desired park and recreational facilities in the District.

Proposition B – The issuance of up to $7,000,000 of park and recreational facilities bonds.

What is a bond authorization?

If authorized, the District will issue bonds supported by debt service taxes on an incremental schedule that is consistent with the useful life of the projects and facilities to be funded. Such bonds may only be issued with the approval of the Texas Commission on Environmental Quality and the Texas Attorney General after review pursuant to strict rules and regulations, including financial feasibility requirements.

Each bond issue will be evaluated by the Board against other funding options to determine the best available option for any given project(s). Any bonds will be sold at public meetings and pursuant to a competitive bidding process overseen by the Board designed to minimize interest costs to the District.

What will it be used for?

Further, as infrastructure ages, it requires maintenance, rehabilitation, and, sometimes, replacement as part of its lifecycle. Municipal Utility Districts were originally created to eventually be annexed by a neighboring city, after which the city would pay for the costs of operating, maintaining, and repairing all District facilities. Annexation of the District by the City of Houston is very unlikely, so the District must prepare to fund all necessary costs of maintenance of the water, sanitary sewer, and drainage facilities required to serve its residents.

The District intends to issue bonds only as necessary over 30 years pursuant to a capital improvement plan reviewed and approved by the Board, as recommended by the District's engineer. On average, infrastructure lasts about 30-40 years with optimal maintenance and operations. Proactive maintenance allowed by the authorization of the bonds will enable the District to maximize the life of its water, sanitary sewer, and drainage infrastructure.

How will the authorization affect our taxes?

The Board does not expect any increase in the District's total tax rate in the next 10 years. This projection is based on the following factors:

The alternative to authorizing the bonds is to fund all necessary future capital improvements on a "pay as you go" basis using substantial increases in maintenance tax rates and/or water and sanitary sewer rates. For more detailed information on "pay as you go", visit the Long Term Plan Article. Funding the necessary capital improvement projects with maintenance taxes or water and sewer rates would put the entire financial burden on current residents and create a delay in the time required to collect the funds necessary to complete the projects.

Authorizing the District to issue the bonds will allow the Board to spread the costs of the necessary projects over several years and avoid significant increases in maintenance tax rates and/or water and sanitary sewer rates required by a "pay as you go" approach. This allows the costs of the required projects to be shared by both current and future users of the District's system, including commercial property owners. With the authorization and issuance of the bonds, it is not expected that an increase in the District's maintenance tax will be required since maintenance tax revenues are not pledged to the payment of the bonds.

How are my District taxes determined?

The District levies a total tax rate each year with two components:

Each year, after the assessed valuation of all property located in the District is certified by the Fort Bend Central Appraisal District, the Board levies the debt service tax rate necessary to pay the debt service on outstanding bonds and the maintenance and operations tax rate necessary to pay all operating expenses of the district annual budget and maintain adequate reserves in its General Fund for emergencies or other unexpected expenses.

How does the District manage taxpayer dollars?

The Board has lowered the District's total tax rate by 40.9% since 2012 and accumulated a substantial rainy day reserve. As a result of this prudent financial management, the District has earned an A2 rating from Moody's. 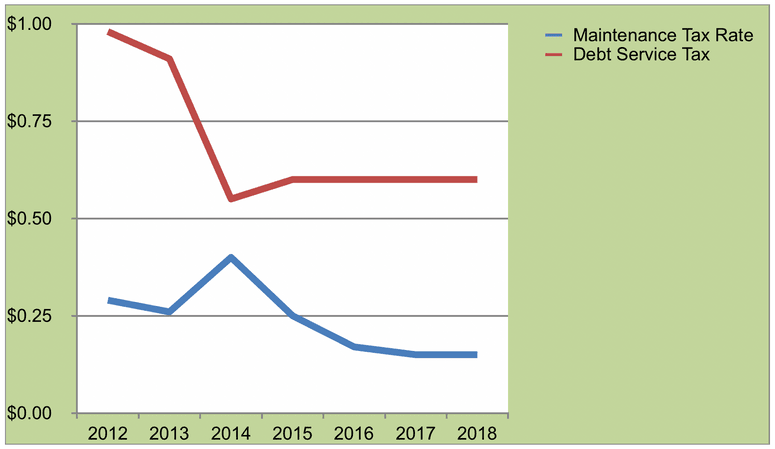 Continued development and growth in the District have broadened the District's tax base, allowing the Board to reduce tax rates. 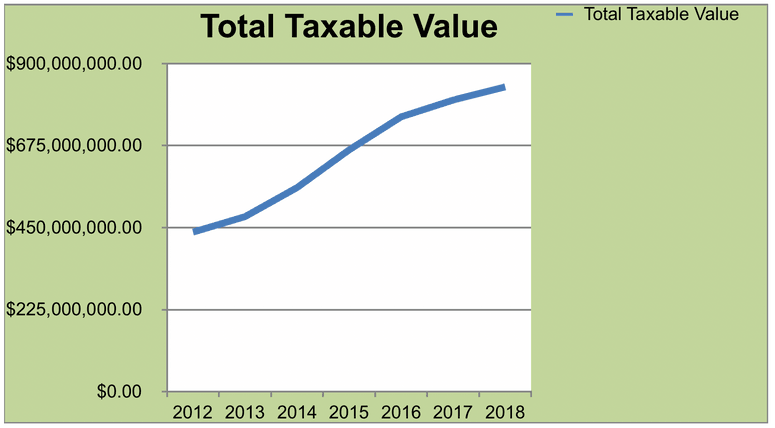 Where can I vote?

Early voting begins on April 22, 2019 and Election Day is Saturday, May 4, 2019. The District is holding the election jointly with Fort Bend County. More information regarding Fort Bend County polling locations and voting hours can be found here: https://www.fortbendcountytx.gov/government/departments/county-services/elections-voter-registration/vote-by/in-person-ballot.

I have more questions…

Good! The goal is for the residents to have all the information at their disposal when voting approaches.